The Secret of Samson’s Strength

“…See where his great strength lies…”

Samson is the iconic figure of strength in the Old Testament.

His story is both heroic and tragic, and to guide our path through his story, we will ask the same question that haunted the Philistines:

Where does this guy get his strength?!

The Philistines made several attempts to defeat Samson. And their failings made them desperate to uncover the secret of his strength.

Samson’s interaction with the Philistines in Judges 14 starts with a riddle at his wedding. The Philistines were unable to solve it and to avoid paying him the 30 garments of clothing, they threateningly manipulated his fiance to extract the answer from him.

But once Samson discovered they learned the answer through cunning, he provided their payment by killing 30 of their own (Judges 14:19).

Samson’s future father-in-law (also a Philistine) then married off Samson’s fiance to his best man. And once Samson learned this, he released 300 foxes with torches on their tails in the Philistine’s grain fields and olive orchards (Judges 15:5). The Philistines reacted by sending an army to capture Samson (Judges 15:9). Samson responded by killing 1,000 Philistines with the jawbone of a donkey (Judges 15:15).

When the Philistines learned Samson was in Gaza, they surrounded the city to capture him (Judges 16:2). But Samson escaped by uprooting the city gate and carrying it on his shoulders up a hill.

The conflict at and following Samson’s wedding was centered around his affection for “one of the daughters of the Philistines” (Judges 14:1), who was “right in [his] eyes” (Judges 14:1).

Before carrying the gate up the hill, Samson was in Gaza fornicating with a prostitute (Judges 16:1).

So it’s no wonder that when the Philistines learned Delilah was the new object of his eyes (Judges 16:4), they bribed her so that they could find out the source of his strength. Their commissioning of his lover had worked before when they previously tried to get information out of Samson (Judges 14:15). Why not try again?

And Delilah tried. Three times. And each time she asked him to disclose the secret of his strength, he lied to her.

She continued to press him. Again and again. Like the woman in Proverbs who is a “continual dripping on a rainy day” (Proverbs 27:15), she relentlessly attempted to extract the truth. 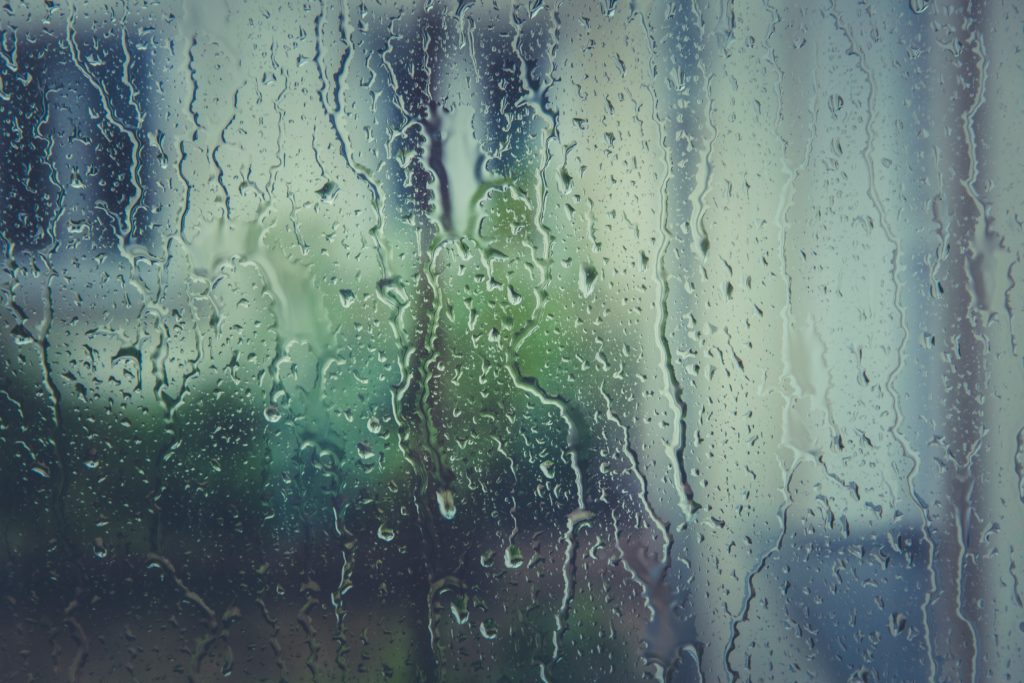 “Day after day” she pushed him until Samson’s soul was “vexed to death” (Judges 16:16). And unlike Joseph who fled the persistent pursuit of Potiphar’s wife, Samson lingered in Delilah’s presence. He walked into the trap like an ox led to the slaughter, and consequently gave in and revealed the source of his strength.

“And he told her all his heart, and said to her, ‘A razor has never come upon my head, for I have been a Nazarite to God from my mother’s womb. If my head is shaved, then my strength will leave me, and I shall become weak and be like any other man.”

Once she learns the truth, she quickly takes advantage of him. She “made him sleep on her knees” (Judges 16:19), had someone shave his head, and summoned the Philistines to capture him.

The tragedy of this entire story is in Samson’s response. He wakes up with a shaven head, but he’s ready to fight as before. He thinks he still has his strength.

“And he awoke from his sleep and said, ‘I will go out as other times and shake myself free’. But he did not know that the Lord had left him.”

The Lord had left him and Samson was unawares. Without the Lord strengthening him, Samson was vulnerable. He was quickly overpowered by an enemy he had regularly defeated, his eyes were gouged, and he was made both slave and prisoner (Judges 16:21).

The angel that foretold Samson’s arrival to his parents said nothing explicitly about Samson’s hair giving him strength.

“No razor shall come upon his head, for the child shall be a Nazarite to God from the womb, and he shall begin to save Israel from the hand of the Philistines.”

Samson’s hair was a marker of his separation unto God as a Nazarite (see Numbers 6). A Nazarite was separated unto the Lord, and this separation was demonstrated by abstinence from strong drink, shaving one’s head, and touching dead bodies. The angel of the Lord makes a particular emphasis on the unshaven head at the time of Samson’s promise.

As a Nazarite, Samson was consecrated to the Lord and commissioned by Him to deliver Israel from the Philistines. Samson’s hair was a sign of his separation for the work the Lord had for him.

And Samson trashed both his consecration and his commissioning on the lap of his enemy.

The Spirit of God strengthened Samson for the work He had for Samson to do. And when Samson succumbs to Delilah, he forfeits his consecration, his mission, and the source of his strength.

As commentator Matthew Henry puts it:

“Therefore the badge of his consecration was the pledge of his strength; if he lose the former, he knows he forfeits the latter.”

But the Lord is gracious still!

The Philistines had won. They used Delilah to subdue Israel’s champion. And they subsequently threw a pagan party to their god Dagon to celebrate Samson’s capture (Judges 16:23).

Samson was weakened, blinded, and humiliated, and the Philistines had no problem mocking him in that condition. During their celebration, they called him out to be a spectacle for their entertainment (Judges 16:25).

And while Samson leaned against the pillars with his hands, he revealed that he finally understood the source of his strength as well as his mission.

“Then Samson called to the Lord and said, ‘O Lord, please remember me and please strengthen me only this once, O God, that I may be avenged on the Philistines for my two eyes.'” 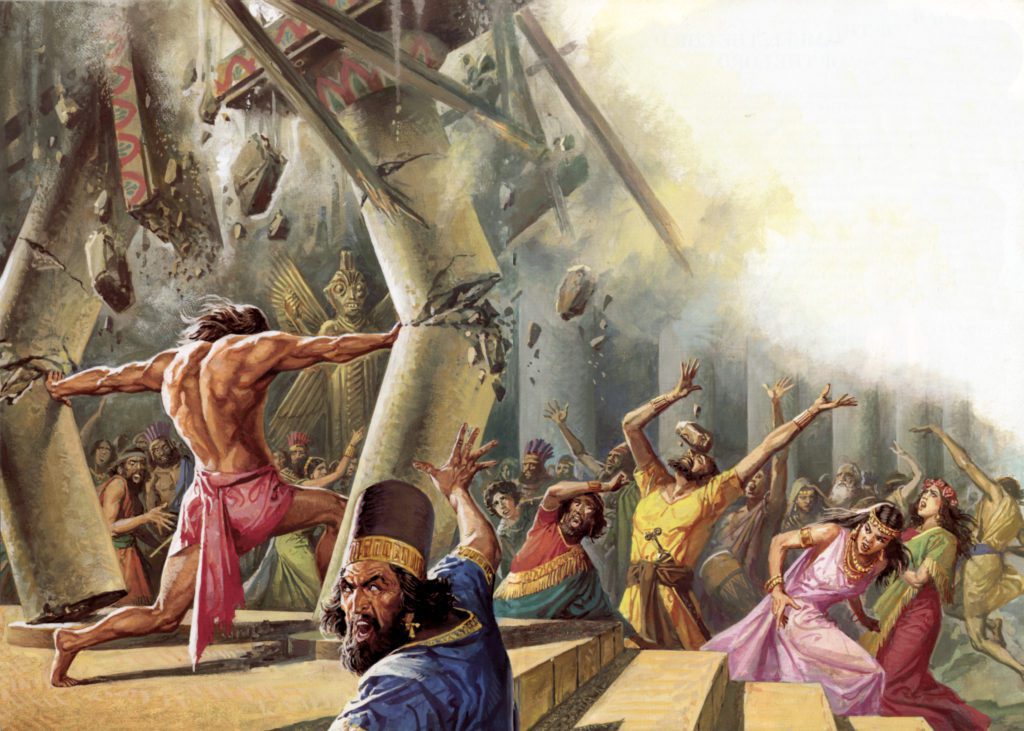 Samson prayed to God for strength to avenge and defeat the Philistines. Samson asked in faith, knowing that he will die if his prayer is granted. And God graciously strengthens him one last time, and though Samson perishes, the “dead whom he killed at his death were more than those whom he had killed during his life” (Judges 16:30.

And in true narrative form, Samson dies carrying out his consecration and his mission with his hair regrown (Judges 16:22).

Samson makes the list in Hebrews 11:33 as a faith hero. In all of his shortcomings, vices, and mistakes, the Lord graciously strengthened Samson to accomplish His mission through him. And after Samson’s disastrous fall, he asked one last time in faith that God would strengthen him to fulfill his mission. In Samson’s final moments, he lived by faith, not by sight, “with the assurance of things hoped for, the conviction of things not seen” (Hebrews 11:1).

“The grace of faith is the strength of the soul for great service.” 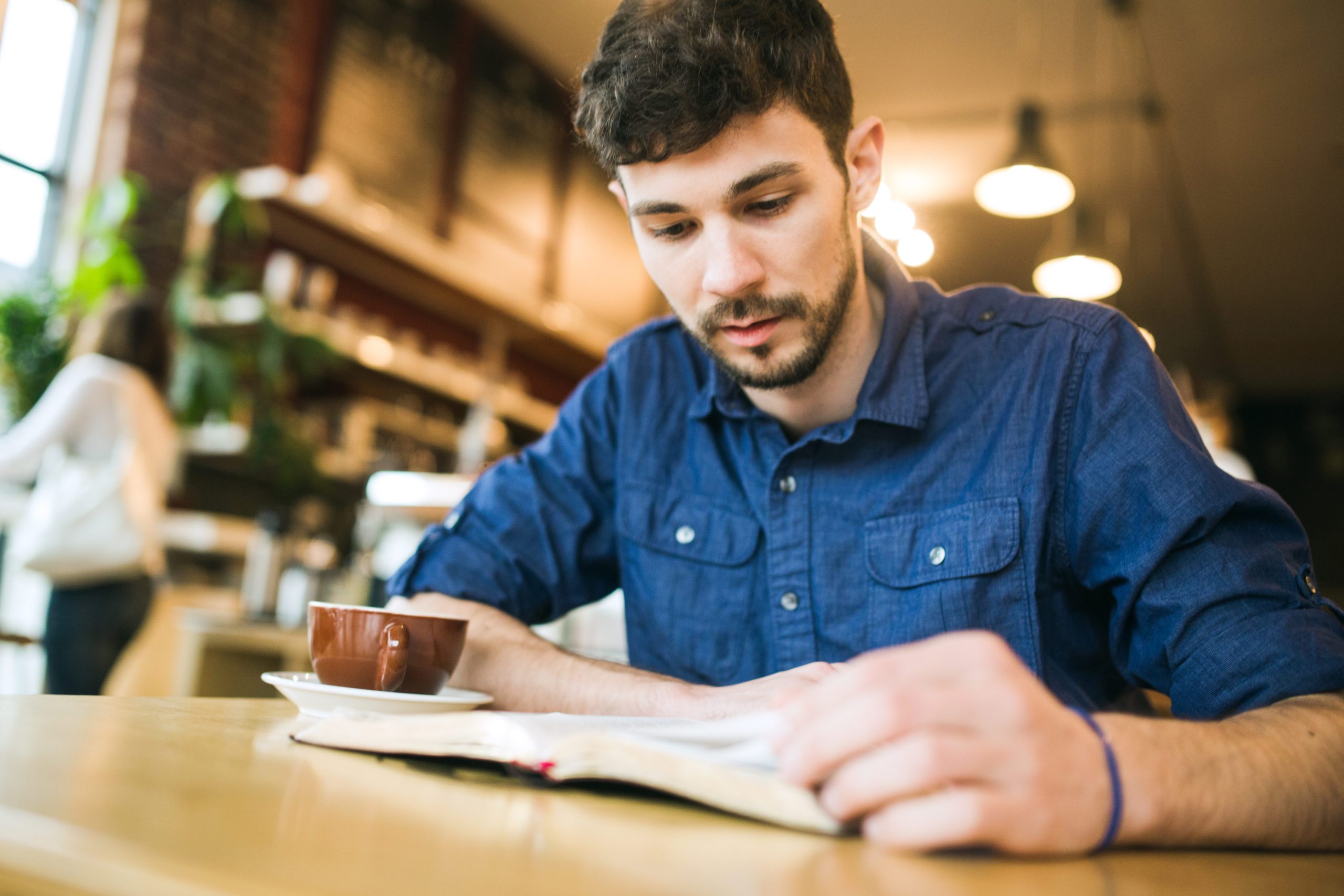